by TARUN CHAUHAN
in Cryptocurrency
Reading Time: 6 mins read
A A
0

Stablecoins are cryptocurrencies where the price is stable, unlike leading cryptocoins like Bitcoin and Ethereum.

In today market stablecoins is backed in three ways :

Check Below video on Stablecoin- Are they more stable than Bitcoin and Ethereum?

Cryptocurrencies backed by fiat money are the most common and were the first type of stablecoins on the market. Their characteristics are:

However, the significant difference between the two designs is that while fiat collateralization typically happens off the blockchain, the cryptocurrency or crypto asset used to back this type of stablecoins is done on the blockchain, using smart contracts in a more decentralized fashion.

Significant features of crypto-backed stablecoins are:

Live stablecoins projects of this type are Havven (the pair: nUSD – stablecoin and HAV – the collateral-backed nUSD),DAI (pair: CDP – Collateralized Debt Position and MKR – governance token used to control the supply, and others. There is also Wrapped Bitcoin (WBTC), see BitGo.

The main characteristics of backed stablecoins are:

Holders of commodity-backed stablecoins can redeem their stablecoins at the conversion rate to take possession of real assets. The cost of maintaining the stability of the stablecoin is the cost of storing and protecting the commodity backing.

Best Cryptocurrency to Invest in December 2021

: Digix Gold Tokens (DGX) and others.

Seigniorage-style coins utilize algorithms to control the stablecoin’s money supply, similar to a central bank’s approach to printing and destroying currency. Seigniorage-based stablecoins are a less popular form of stablecoin.

Significant features of seigniorage-style stablecoins are:

Basis was one example of a seigniorage-style coin.

Is it stable than Bitcoin or Ethereum?

Stablecoin being an alternative to state-issued money, the likes of Tether and USD Coin are pegged to government-backed legal tender such as the dollar. These tokens allow investors to switch into and out of their cryptocurrency assets without having to interact each time with a bank wary of unwittingly enabling money-laundering, terror financing, child pornography or extortion hacking.

In China, the monetary authority’s pilot has at least made a modest start, distributing the equivalent of $40 million of digital yuan via lottery ahead of an expected debut around next year’s Beijing Winter Olympics. Most other major central banks are nowhere near coming up with their own official digital cash for widespread, public use.

Possibilities ahead for stablecoins.

Funds parked with Tether have grown by 230% this year, according to Fitch Ratings, which reckons that on current trends, stablecoins could become a bigger holder of short-term U.S.  commercial paper than money market mutual funds in two or three years.

While Diem, the upcoming, Facebook-backed stablecoin, has said that it will invest predominantly in government securities, alternative allocation strategies are possible and, “depending on its scale, the operator may become an important participant in other short-term markets,” Fitch says.

Stakes are high for overall financial stability, especially if a large number of people decide to simultaneously cash out of  a popular stablecoin amid skepticism about its true exchange value.

Money is valuable only when those who have it and those who want it in exchange for something else aren’t plagued by unnecessary doubts. The researchers recently drew a parallel with the pre-Civil War era of wildcat banking, when a Tennessee lender’s bank notes were discounted by as much as 20% in Philadelphia.

Stablecoins are here to stay. Since they provide liquidity and a perceived “safe haven” for investors during times of heightened crypto volatility, their recent growth spurt to continue, at least as long as the overall market for digital tokens is expanding. Central banks’ own paperless cash may, therefore, have to learn to coexist with private money.

So we can say that Stablecoins are more stable than Bitcoin or Ethereum. One can invest in it without having any far of great loss or profit. 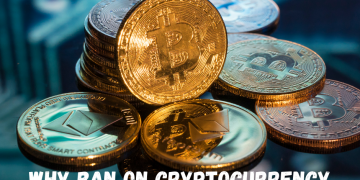 Why ban on Cryptocurrency is not possible?

Even as India vacillates between a ban and no ban on cryptocurrency, several industry experts say it is not possible...

What is Metaverse crypto?

Bakkt is planning to add Ethereum to its cryptocurrency offering.

AnubisDAO Goes Back to The Underworld with $60M in One Day