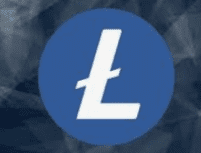 Litecoin was released via an open-source client on GitHub on October 7, 2011, by Charlie Lee, a Google employee.

While Bitcoin was seen as “gold” and a store of value for long-term purposes.

Litecoin was seen as the “silver” and a means of a transaction for cheaper and everyday purposes.

It’s also an open-source pear-to-pear digital currency the same as Bitcoin and works on its own blockchain technology.

Which has a faster block generation rate hence offers a fast transaction confirmation in comparison to Bitcoin?

The Litecoin Network aims to process a block every 2.5 minutes, rather than Bitcoin's 10 minutes.

The main difference between Litecoin and Bitcoin is their mining procedure.

Both Litecoin and Bitcoin use Proof-of-work consensus mechanism.

Let me explain in simple words what is proof of work?. The miners use their computational power to solve extremely hard cryptographic puzzles.

The puzzle-solving needs to be extremely hard, if it is simple then miners will keep mining blocks and drain out the entire bitcoin supply.

Miners are currently awarded by 25 new Litecoins per block an amount which gets halved roughly every four years.

There is a total of 84 Million Litecoin available which is four times more than its counterpart Bitcoin.

Litecoin is also one of the few cryptocurrencies which are accepted by the online merchants in the form of payment.

Because Litecoin blockchain is capable of handling higher transaction volume.

As a result, merchants get faster confirmation times, while still having the ability to wait for more confirmations when selling bigger ticket items.

If you would like to know where to buy Litecoin at the current rate, the top cryptocurrency exchanges for trading in Litecoin stock are currently Binance, OKX, Huobi, Coinbase, and Bybit.

Technical Analysis for LTCUSD by TradingView